I have wanted to try hook tools similar to those used by Ed Moulthrop, shown here, so I made some for myself. 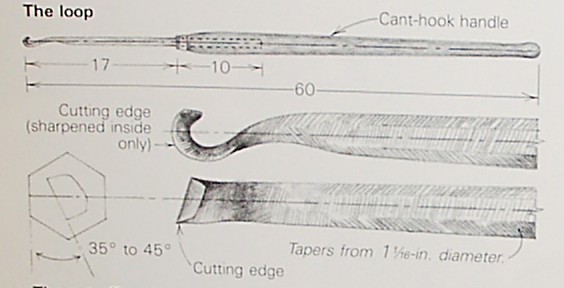 First, I tried some purchased hooks. The small ones that look like the ones above look nice in a catalog, but are really for VERY small work. I do very large work, so have found a few nice ones I like. The first is Big Brother, and it's quite handy (as is the larger "Goliath" from Siragas) and shown here it is mounted on the end of a Sorby "Texan" multi tip tool (which I highly recommend for this application, though I have increased the thread size of the holding screw to take the beating I hand out). I use these the most in hollowing large thin walled vessels, though I recommend a belleville washer under the screw to make setting the cap easy. The second one is the Kel McNaughton tool, which I gather they have had many complaints about digging in, since their site is about 50% descriptions of how to avoid it... I do find this tool to be harder to use than the others, and a big part of it is its desire to dig in. With much practice, I have found the Kelton

I have also used the very small hook mentioned above and a large (1" dia) Sorby ring tool. I find the small hooks (6" long unhandled, available from most woodturning catalogs) to be nice for small hollow forms under 4" dia. The large Sorby ring tool (like the "Termite" but bigger) is useful for green or soft wood that does not have holes, knots or inclusions. but it's not beefy enough to take the jarring from large vessels with holes where the tool will leave the surface of the wood once or several times in each rotation. It's better for hogging out lots of wood once you're away from the natural edge, or for removing lots of material from a segmented bowl with lots of parallel grain. The Sorby ring also works better at high speed. 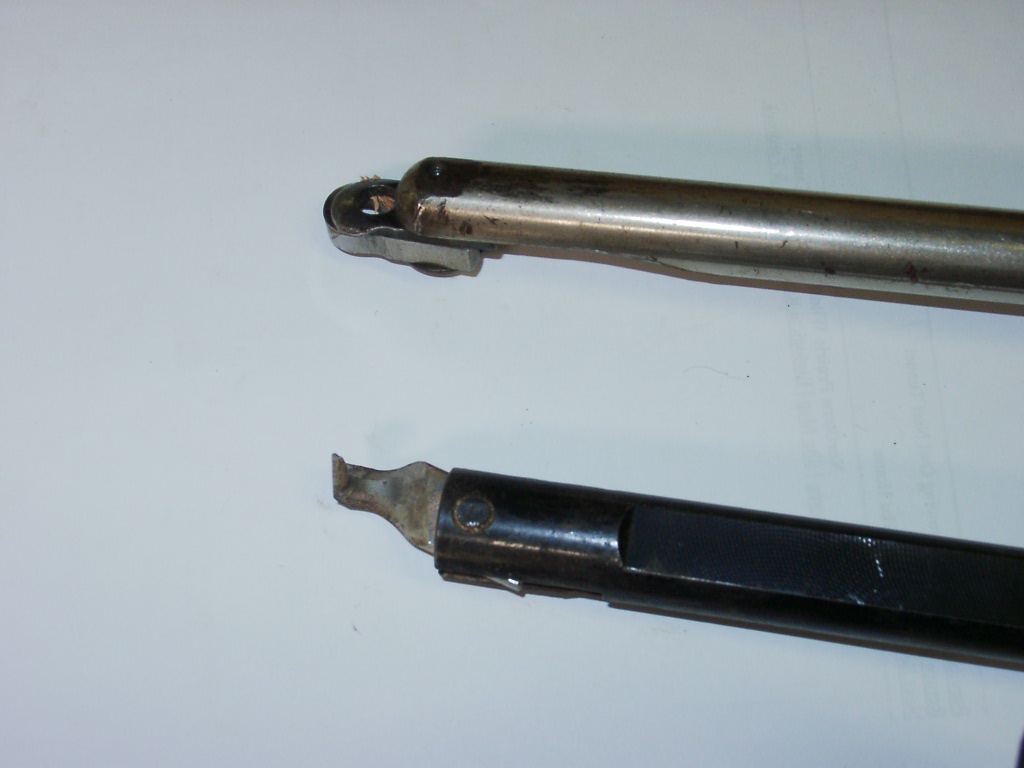 I use these next two shown below regularly to hog out major wood in the bottom of a bowl. It's especially useful in highly irregular natural edged and very large bowls where a catch can be extremely dangerous to my health. The force of the tool is translated into a torque instead of a straight push on the handle, so deep catches just rotate the bit away from the wood. This results in some very tired forearms, however the bent one on the left is pretty handy if you lower the tool handle down a foot or more and sort of hook the tool over the tool rest. I use the set screw on the end of the tool as a hook or "gate" which many woodturners now use to prevent lateral motion on the tool rest. 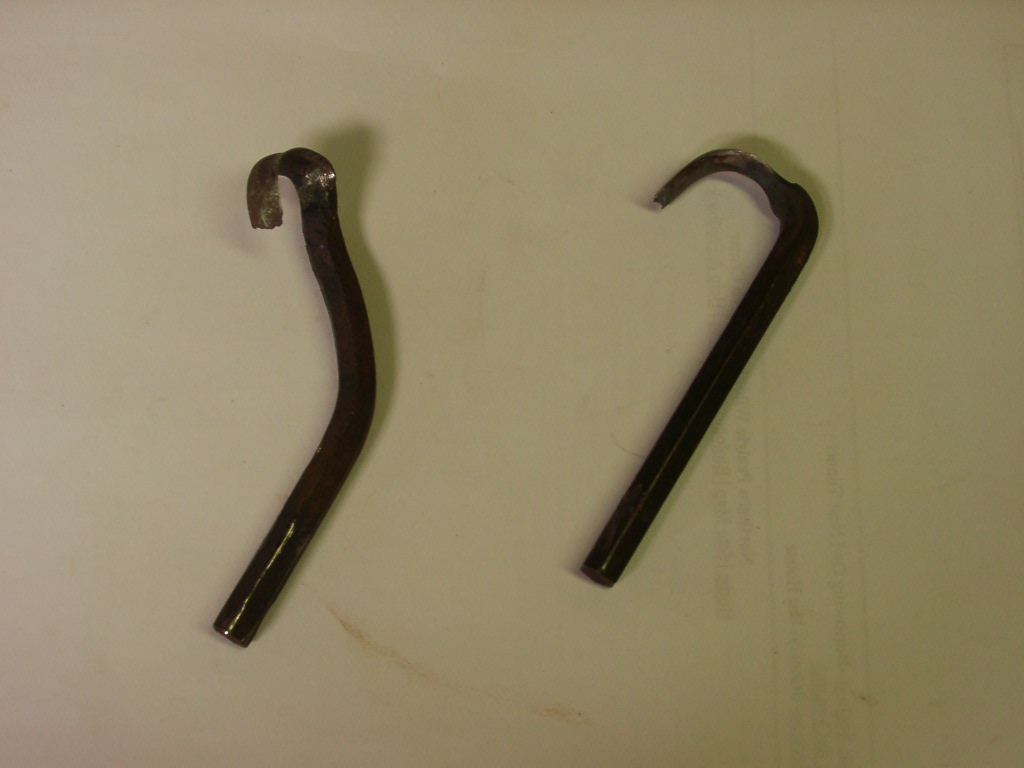 These next few I find are useful for cutting the nub off the bottom of bowls, especially very deep ones where you're extending the tool 12 inches or more away from the tool rest through a tiny hole and can't see what you're doing. The one on the left is most helpful for this, as the flat allows you to control the depth of cut and make a nice flat bottom. I sometimes use it cutting on the rising side of the bottom, so if I overcut, it pulls off the wood, instead of digging deeper. In this sense, it's more like taking a razor to the bottom of the bowl. Here is a demonstration: 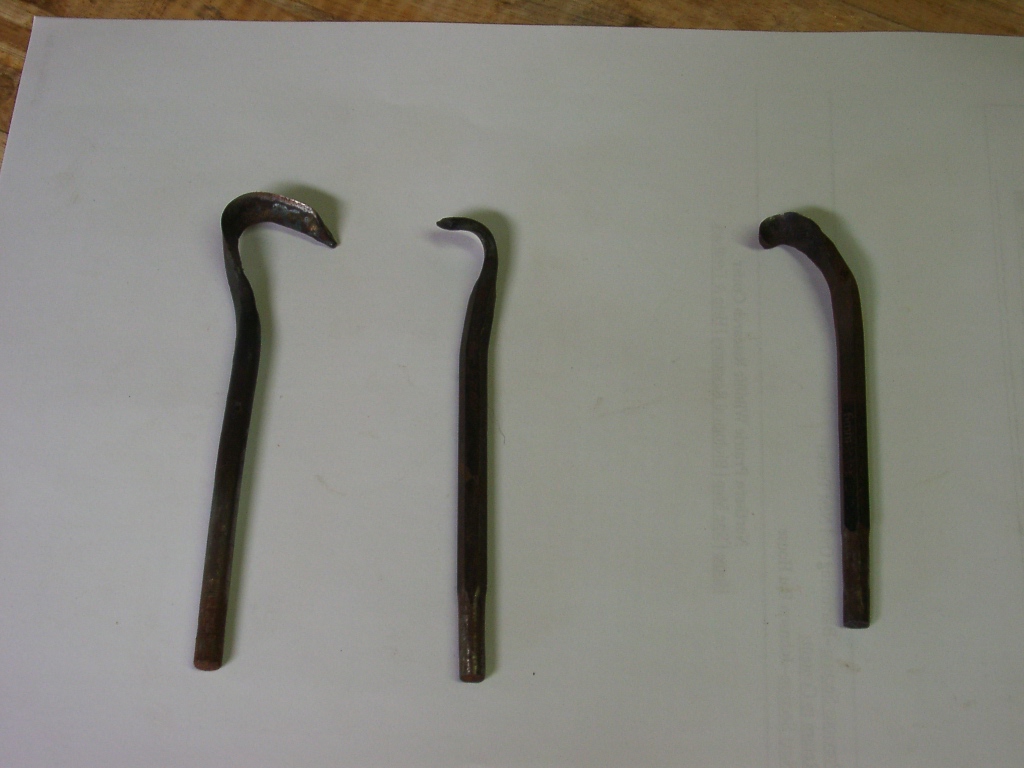 The three shown below are for hollowing wide, small mouthed vessels. just to get that inside upper section you can't reach with a straight tool. Only the one on the far right gets much real use. I never can get the other two to behave, so I think the larger radius is more helpful to control the depth of cut. 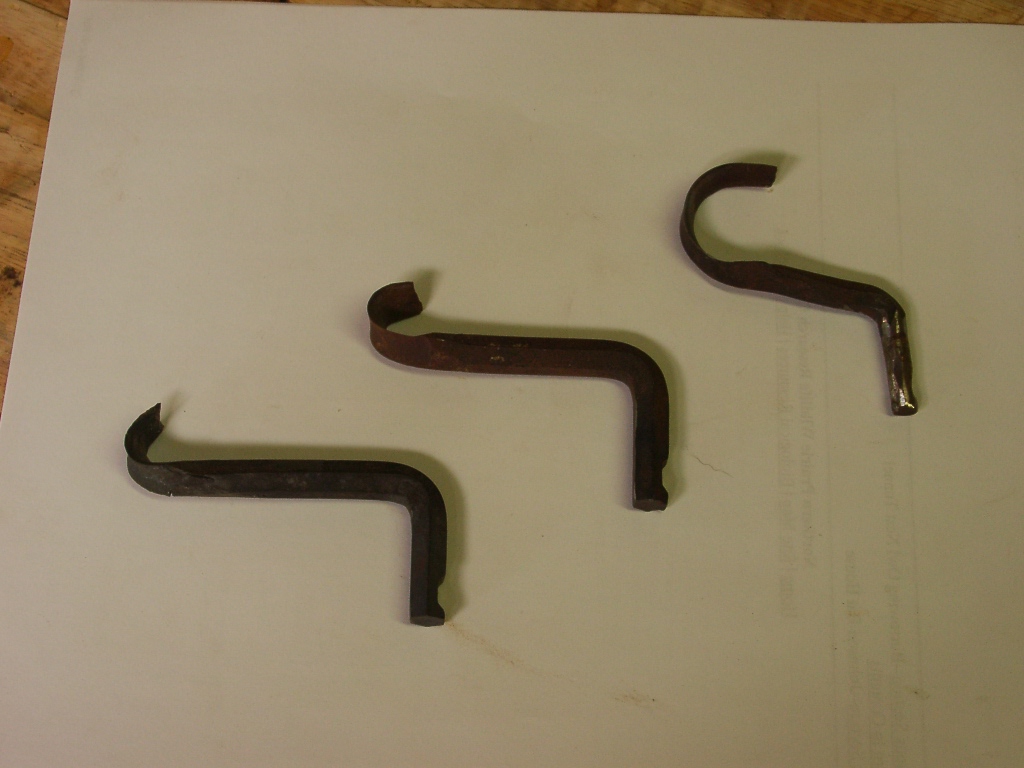 These don't work worth a damn, but they were my first attempts: 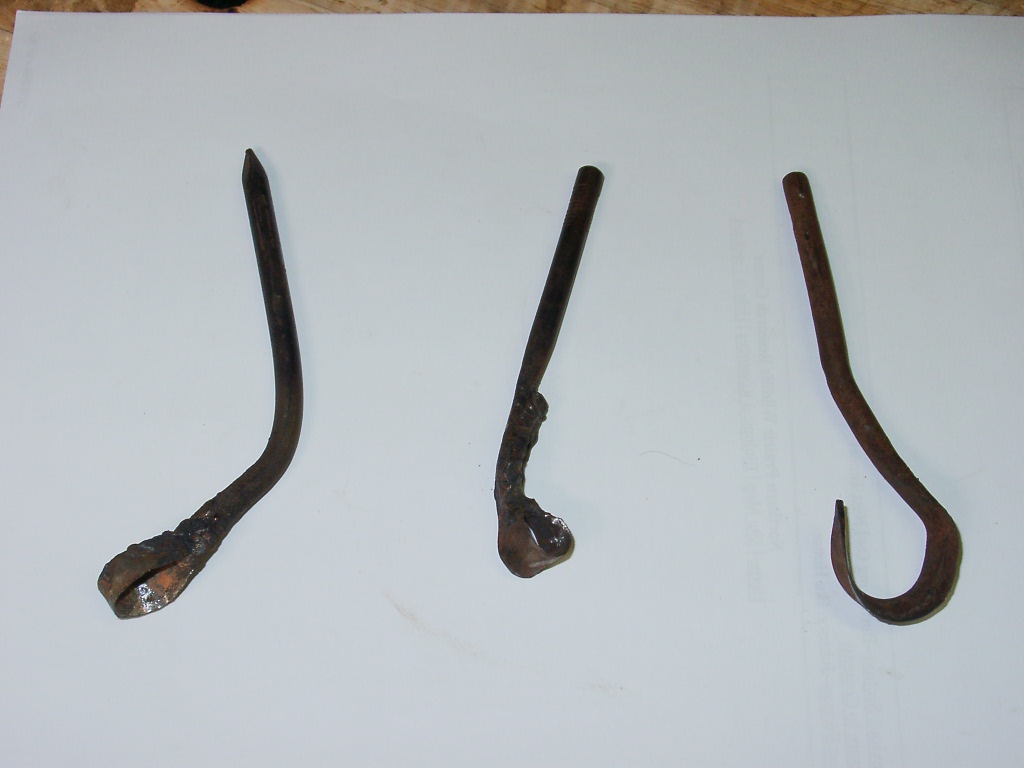